Please assign a menu to the primary menu location under menu

A Unique Winery and the Best Wine Museum in the World Discover all the experiences we offer at Vivanco and share the Wine Culture.

When was the last time you were surprised by a wine? We select the best grapes to make modern, daring wines with personality, a summary of the innovative character of Bodegas Vivanco.

Blog Vivanco: #WineCultureIn the blog of Vivanco, we understand wine as a way of life, from an innovative and energetic perspective, offering you a unique experience around the Culture of Wine.
COME AND VISIT US 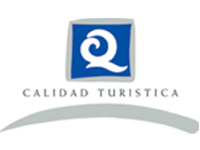 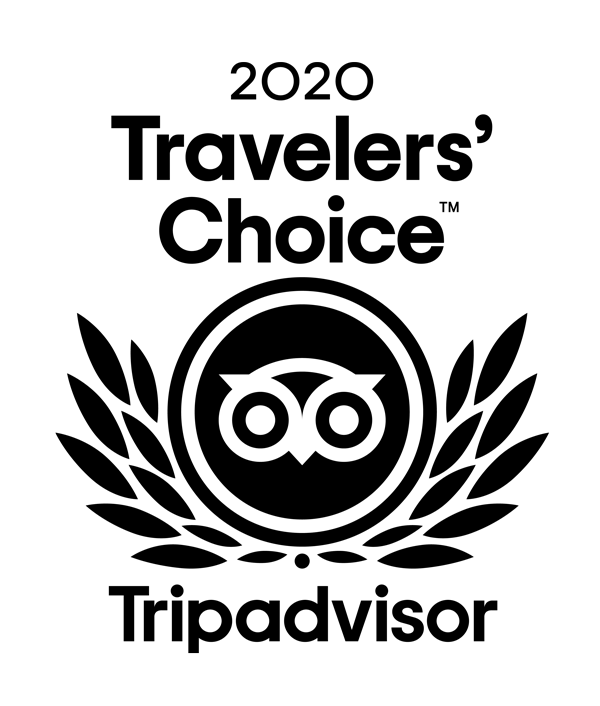 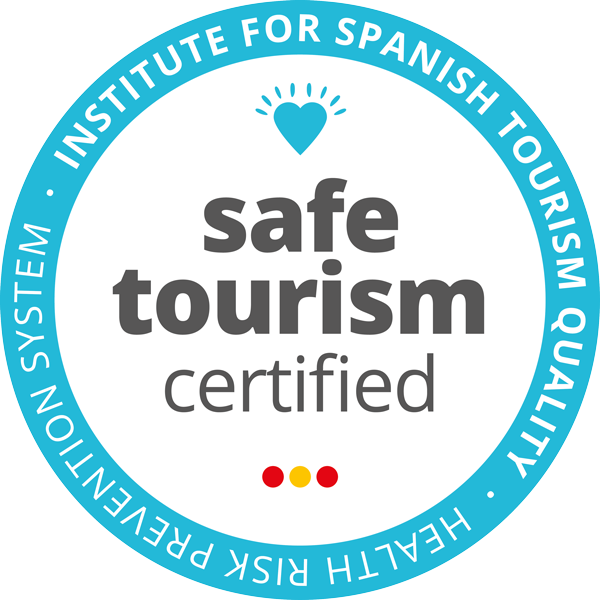 The 12 must-see places in Logroño 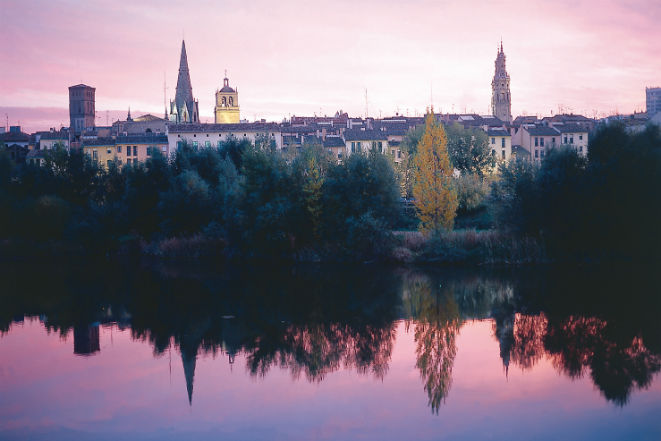 There is no doubt that life is good in Logroño. The capital of La Rioja is one of the Spanish cities where its inhabitants and visitors know how to enjoy life. Its excellent gastronomy and Rioja wine -of course- are the best companions for a stroll through the city's pedestrian streets and parks.

Although Logroño has many attractions, we have compiled a list of the twelve essential visits that everyone who comes to the capital of La Rioja should take into account. The old quarter of Logroño reflected in the river Ebro. Courtesy of: La Rioja Tourism

1. LAUREL STREET. THE ROUTE OF THE ELEPHANTS

If there is a well-known street in Logroño, it is Calle del Laurel, lined with bars and one of the most famous drinking areas in Spain. There are some 60 establishments where you can sample the succulent Riojan gastronomy based on pinchos such as migas, matrimonios, rotos or champis, among many others.

A curiosity: the name comes from the fact that, in the past, the women who worked as prostitutes lived in this street, and so that the clients would know which one was available, they hung a branch of laurel on their balconies. In times of crisis, the whole street was full of balconies with laurel, which gave rise to its name. It is also popularly known as "The Elephant's Path", due to the possibility of getting out on your trunk and on all fours like these pachyderms. One of the most curious buildings in Logroño is the co-cathedral of Santa María la Redonda. Many will wonder why it is called this when it does not have this shape. The answer is that it was built during the 16th century on the site of a Romanesque church that was indeed round. It is also curious that its towers are known as the twins when one is a couple of metres higher than the other. The twins are icons of classical Riojan architecture. They were modelled on the tower of the church of Santo Tomás de Haro and can also be found in other towns such as Santo Domingo de la Calzada or Briones.

The co-cathedral of Santa María la Redonda is built in a marshy area a short distance from the river Ebro. The foundations were made with vine shoots, the stems of the vines, as they do not rot with humidity and therefore distribute the loads well and absorb the settlements.
A painting attributed to Michelangelo, The Calvary, who painted this panel for his friend Vitoria Colonna, is preserved here. 3. LOGROÑO AND ITS TOWN COUNCILS

Both the old and the new Logroño Town Hall are worth a visit.

The current building was designed by the prestigious Spanish architect Rafael Moneo and clad in Salamanca sandstone, while the old Town Hall was located in the 16th century palace of Los Chapiteles, which was the Town Hall for 115 years until 1980. It is currently the headquarters of the Instituto de Estudios Riojanos. One of the most emblematic places in Logroño is the Café Moderno, located in Calle Francisco Martínez Zaporta. Founded in 1916, several generations have been at the helm of this family business, which has been frequented by a large number of artists. A curiosity: it has its own hymn, "Fibra de pájaro", by Daniel Bravo, which is played every Friday and Saturday night. The best-known green area in the city is the Espolón park, which dates back to the early 19th century. At that time, any public square outside the city walls was called an espolón.

Here you will find the equestrian statue of General Baldomero Espartero, who was married to a Logroño woman, Jacinta Martínez de Sicilia. They were a much-loved couple by the inhabitants of Logroño, and after retiring from politics, they went to live in what is now the Museum of La Rioja, located in the Plaza San Agustín.

There is also La Concha del Espolón, one of the most common venues for concerts and where, during the festivities of San Mateo, which take place in September, the offering of the first grape juice of the year to the Virgin is made. The old quarter of Logroño is full of "calados", which is the name given in La Rioja to the cellars that used to be under the houses.

Some of them stand out for their great size, such as the 16th-century San Gregorio fretwork, which is 30 metres long and has a barrel vault. Another impressive feature is the openwork of the old palace of the Yanguas family, today the Centre of Culture of La Rioja. As a curiosity, a municipal ordinance from 1583 prohibited the passage of horseshoed carriages through the Ruavieja so as not to disturb the rest of the wines resting in the cellars. On Calle Marqués de San Nicolás is the Parliament of La Rioja, which was formerly the old Convent of La Merced (the 17th century Baroque façade still remains) and the home of the Mercedarian order until the disentailment of Mendizábal in 1835. It was later a tobacco factory. The next unmissable visit in Logroño is also on Calle Marqués de San Nicolás. This is the Imperial Church of Santa María de Palacio, whose oldest remains were built between the 12th and 13th centuries. The octagonal spire that crowns it is an element that characterises the skyline of Logroño. 9. THE CHURCH OF SANTIAGO

The Church of Santiago is an obligatory stop for all pilgrims as Logroño is closely linked to the Pilgrim's Way to Santiago. Inside is the Virgen de la Esperanza, patron saint of the city, and the crypt of the condemned.

The church played a special role during the great siege of 1521 because the people of Logroño took refuge within its walls. Near this church is the Plaza de la Oca, called by the pilgrims themselves the game of the goose. It is an allegory of the French Pilgrim's Route to Santiago de Compostela, in which each of the stops on the Pilgrims' Route to Santiago de Compostela appears. The stone bridge is one of the symbols of the city. In fact, the Logroño coat of arms features this bridge over the river Ebro with its three defence towers. It is also called the Bridge of San Juan de Ortega, in reference to the chapel that existed on its left bank (in honour of the saint who is traditionally believed to have built the original bridge). Built by the company Maquinista Terrestre y Marítima de Barcelona, according to the project signed in July 1881 by the engineer Fermín Manso de Zúñiga, it was opened to the public in December 1882, although it was definitively completed in the middle of the following year. This project was supported at all times by the President of the Government Práxedes Mateo Sagasta. 12. VISIT TO THE WINERIES VIVANCO AND MUSEUM OF WINE CULTURE

Finally, we could not finish a route around Logroño without visiting some of its best-known wineries. Half an hour's drive from the capital of La Rioja is Vivanco (Carretera Nacional 232, 26330. Briones), a benchmark for wine in La Rioja.

Not to be missed is the Museum Vivanco of Wine Culture, which occupies a surface area of 4,000 square metres and includes 5 permanent exhibition rooms, a temporary exhibition room and, outside, the Garden of Bacchus, a collection of vines with more than 220 varieties from all over the world.

Winery and Museum of the wine tourism complex Vivanco

Logroño has many more charming spots, can you share them with us?

Wine Designations of Origin in Spain

Learn these ways to open a bottle of wine

Tusdestinos.net is an online tourism and travel magazine where articles and reports on national and international tourist information, travel, gastronomy and leisure are published daily. It is a web portal where you can find tourism reports and videos dedicated to national and international destinations and hotels, as well as leisure articles (art, culture, gastronomy...). Tusdestinos.net magazine is committed to the audiovisual format and social networks, which is why it is present on Youtube, Facebook and Twitter. 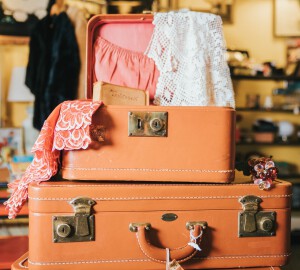 Safe Holidays post COVID-19: what kind of tourism are travellers looking for? 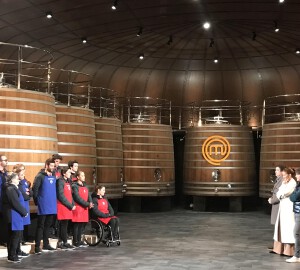 The best moments of "MasterChef" on Vivanco 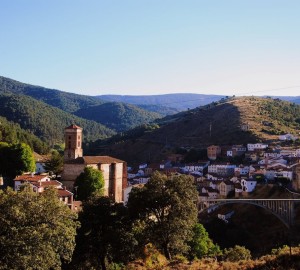 Everything you have to see in Sierra de Cameros 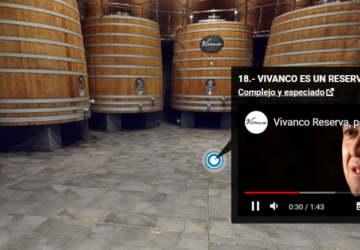 Vivanco launches a virtual tour of its Museum and Winery 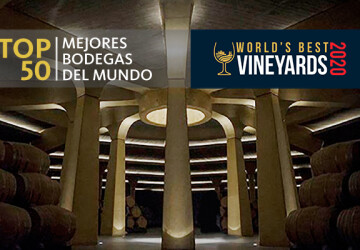 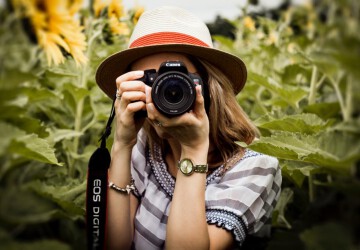 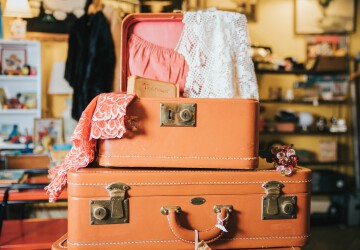 Safe Holidays post COVID-19: what kind of tourism are travellers looking for?

How to remove wine stains? The 9 most effective tricks

The 50 famous quotes about wine

HOW DO WE MAKE RED WINE? THE WINEMAKING PROCESS

Learn these ways to open a bottle of wine

Do you know what?

Vivanco is one of the 50 Best Wineries in the World and has the Best Wine Museum in the World. Discover all the Experiences we offer. 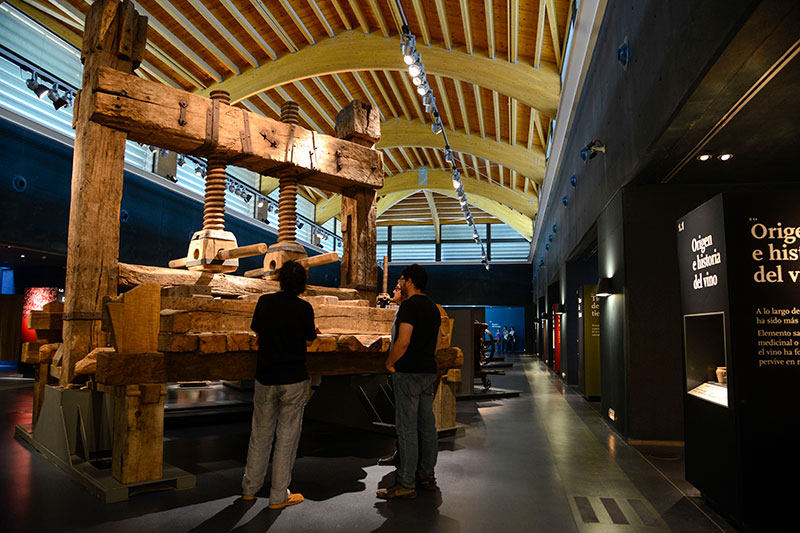 We want to share the Wine Culture with you.

You will receive our monthly newsletter, in which we will inform you about exclusive offers, wine tips and news about Wine Culture.

We want to share the Wine Culture with you.

You will receive our monthly newsletter, in which we will inform you about exclusive offers, wine tips and news about Wine Culture.